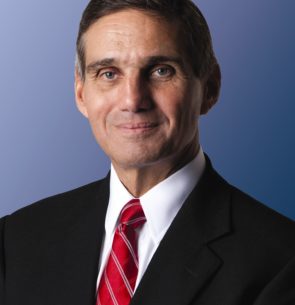 District Attorney Cannizzaro possesses a broad understanding of our criminal justice system, which makes him uniquely qualified to lead it through this period of transformation and rebirth. Leon began his legal career as an Assistant District Attorney in Orleans Parish. During his five years as an ADA, he worked his way up to chief of the trials division. After leaving the District Attorney’s office, he worked in private practice and as a staff attorney for the Orleans Indigent Defenders Program for a short time.
In 1986, Leon embarked on a 17 year-long calling as a judge in Orleans Parish Criminal District Court. Due to his establishment of programs such as the Drug Court and Intensive Probation as well as his distinction of presiding over more jury trials than any judge in the history of Louisiana, Judge Cannizzaro often received notable recognition for his efficiency and innovation in the courtroom.
In the District Court, Judge Cannizzaro earned the respect of his colleagues on the bench as well as multiple good government groups. Not only was he chosen by his colleagues on the bench to serve as the Chief Judge, but he also was named the Top Overall Performing Judge by the Metropolitan Crime Commission year after year and received the Outstanding Jurist Award from Victims and Citizens Against Crime.
Prior to being elected District Attorney, Leon served this community as a judge on the 4th Circuit Court of Appeal for five years. Additionally, he has served as a faculty member at the University of New Orleans and the Tulane University School of Law.
In 2014, District Attorney Cannizzaro was reelected without opposition. As District Attorney, he has won numerous awards from good government groups such as the Metropolitan Crime Commission recognizing his reform of the New Orleans Criminal Justice System. In 2014, DA Cannizzaro was awarded the prestiguous Federal Bureau of Investigation Director’s Award for his use of the Louisiana racketeering statute to combat violent street gangs in New Orleans.
District Attorney Cannizzaro is a life-long resident of New Orleans. His father worked as a shoe salesman and his mother worked as a cashier and later ran a daycare center. Leon is a graduate of De La Salle High School and the University of New Orleans. At the University of New Orleans, he met Norma Gonzalez, his future wife.

Leon earned a law degree from Loyola University School of Law. He and Norma have been married for more than 30 years and are the proud parents of four children and their nine grandchildren.